Seeing as it's the 3rd anniversary of the wiki, and we're having a "big party" of sorts, I thought I might show some pictures of my LEGO trains. I design and build my own trains, which are motorised, so its like a mega model railway. Currently I only really have one, but that figure should increase to 2, possibly 3 by the end of the year. My current train is a V set, an EMU from New South Wales. I've taken these photos at the train station which I've also built. When I finish my next one, I'll post it on a new blog. 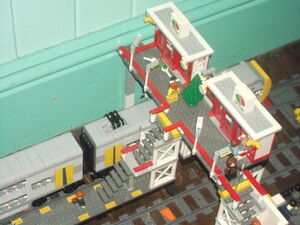 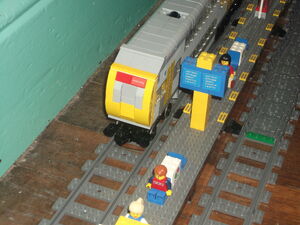 The front of the train closer up 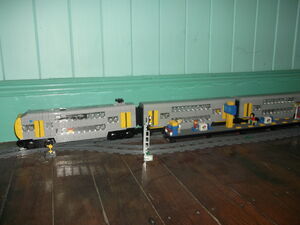 the front of the train, head on. 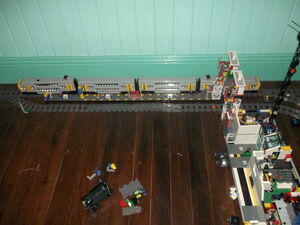 the train under the footbridge at the station
Add a photo to this gallery
Retrieved from "https://locomotive.fandom.com/wiki/User_blog:Jsteel7/My_LEGO_train_collection_(sort_of)?oldid=35153"
Community content is available under CC-BY-SA unless otherwise noted.