The Lima Berkshire is a type of 2-8-4 steam locomotive built by the Lima Locomotive Works from 1925 to 1949 (with various others built between such dates and on into 1953).

The name itself, eventually became the official name for the once rare 2-8-4 wheel-arranged steam locomotives.

Many were built for the C&O (Chesapeake and Ohio), NKP (Nickel Plate Road), and PM (Pere Marquette Railroad) US Class 1 railroads.

The C&O purchased their Berkshires to be used on their shorter-distance passenger trains, and occasionally were seen and used as helpers for coal trains, and/or spare locomotives for short and heavy freight trains; while the PMRR used them for the same inital purpose shortly before being purchased and absorbed by the C&O.

They were one of the very last type of steam locomotives built in the U.S (aside from ALCO's FEF Series). Many are preserved, and are also in the process of being restored, or have been operating steam excursions. They are considered to be some of the largest and heaviest standard "prime-mover" (tender) steam locomotives ever built. 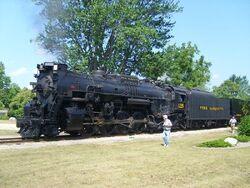 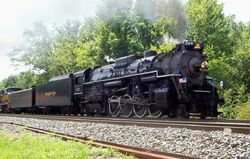 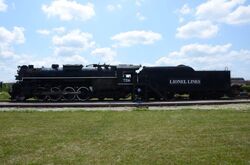 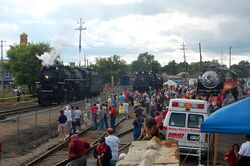 Retrieved from "https://locomotive.fandom.com/wiki/Lima_Berkshire?oldid=94060"
Community content is available under CC-BY-SA unless otherwise noted.